Imagine being part of an international team that could be deployed anywhere on earth to carry out a time-sensitive, scientific inspection at a moment’s notice. You’re an expert in your field, you’ve received specialist pre-deployment training, and you’re willing to be on alert status for weeks on end.

And when the call comes in, you and your fellow inspectors have to be transported with tons of specialist research equipment, including several plug-and-play laboratories, to a remote and potentially dangerous area in just a matter of days.

There’s a lot riding on the success of the mission, not least the ability to get everyone and everything to the site within a very narrow time window. But there’s a problem: the inspection team has no way of deploying its highly specialised mobile lab quickly enough. What they need is a customised multimodal rapid deployment container. Trouble is, it doesn’t exist.

So, the team offers VRR an opportunity to solve this interesting challenge. Unsurprisingly, our designers and engineers relish the idea of developing a multimodal rapid deployment container to allow tons of specialist research equipment to be used anywhere on earth within days. They knew it wouldn’t be easy, but that’s never stopped them before.

This is how they rose to the occasion. 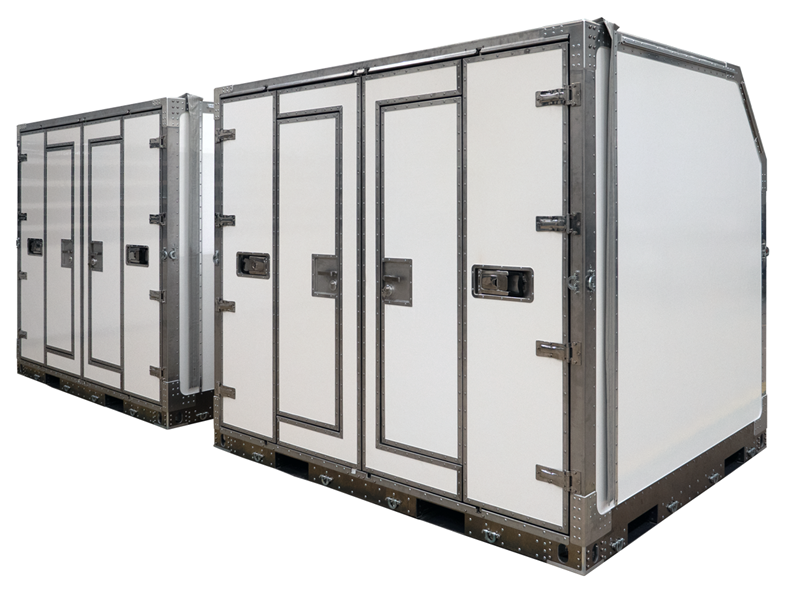 Taking on the many challenges of designing a multimodal container

Transporting equipment across the globe in just days almost always involves air transportation. Luckily, we know a thing or two about air freight at VRR. But what we didn’t know is where on earth the team’s next on-site inspection mission would be and which other transport modes they would be using for their equipment: helicopter, truck, train and/or vessel.

We soon realised that the container’s design would be a balancing act between having the perfect fit for the most crucial modes of transport and having enough versatility to fit less commonly used modes. In this particular case, the container couldn’t be too big (or heavy) for helicopters and smaller planes, but it had to be big enough to function as an on-site mobile lab for a 40-member team. The size and shape of this multimodal container would be a critical factor.

Working with the inspection team, we determined which modes of transport would be used in deploying the mobile lab so we could decide how to accommodate them all. That lead inevitably to many more questions. Should we use a military pallet that fits a military plane or helicopter, or a standard pallet that fits the cargo loading system of civil aircraft? Should we incorporate ISO-corners, tie-down rings and forklift pockets? What about a rigid frame to allow sling loading or even casters and a tow bar?

The possibilities seemed endless, but we knew that every additional option would add weight and take up precious volume. There were some hard choices to make.

Designing a container for both civil and military aircraft

We ended up with a DBJ-sized container (108” x 88” x 96”) that can be loaded onto a B747 and B777 as well as a military C-17 and C-130. However, military and civil aircraft have their own cargo loading system and require a different size and type of pallet.

Wanting to keep both civil and military options open, we chose to separate the pallet and the container. Now the container could be transported on top of a civil PMC pallet as well as the military HCU-6/E pallet. Losing the integrated pallet also freed up some weight and volume and made it much easier to implement ISO corners and forklift pockets, so this deign decision produced additional benefits.

When time is of the essence, you can’t spend days building an on-site inspection station. The lab had to be up and running almost immediately. The ability to have everything ready to go upon arrival was just as important as enabling rapid transportation.

A key aspect of the container’s design, therefore, was to facilitate the use of ‘plug-and-play’ laboratories. We’ve tackled this type of thing successfully in the past with our mobility containers. The biggest challenge we faced in this project, however, was the complexity and diversity of the interiors.

Every laboratory is unique and highly specialised. What’s more, they change over time as science and technology advances. So, we opted for a modular interior. This allows the team to arrange everything in a way that aligns with their current mission. 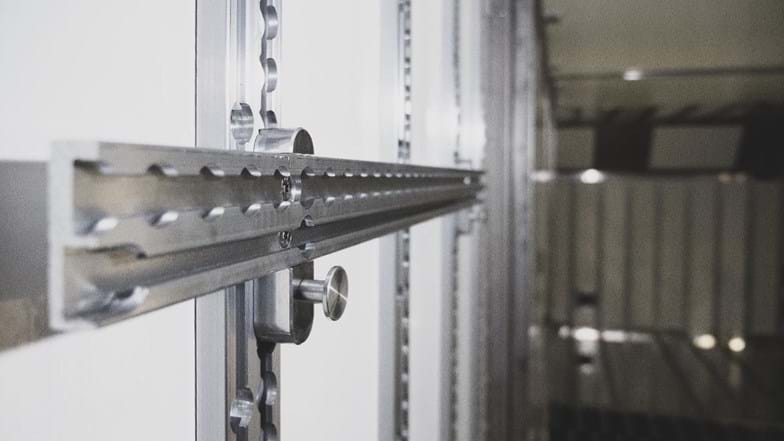 The modular system we developed is based on the tracks of two common systems: seat tracks and T-slots. Both systems have their advantages. T-slot profiles are much more versatile and are well suited to the semi-permanent installation of (laboratory) equipment. Seat tracks, on the other hand, are much more suitable for the temporary attachment of items such as fastening straps.

We decided to have the best of both worlds by integrating the two types of tracks into a single profile for ultimate flexibility. They even double up as stiffeners for the container as a whole. 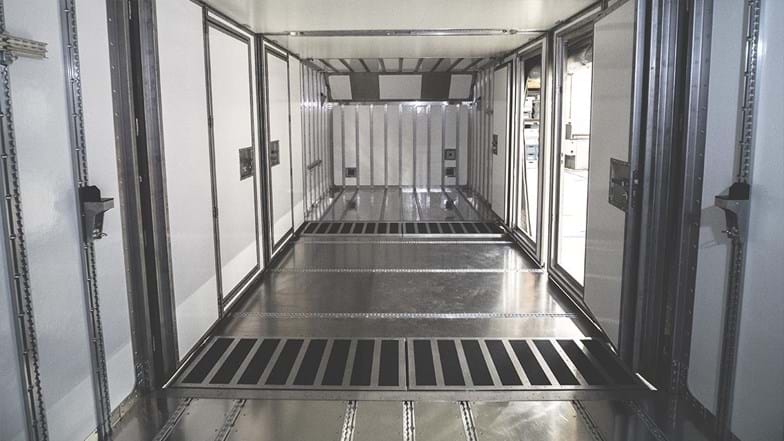 A mobile lab big enough for a 40- member inspection team

Faced with the trade-off between a comfortably sized mobile lab in which to work and a small, lightweight container that could be easily transported, we had to find a way to increase internal volume. We ended up creating modular container units that can be joined together to create a much larger interior.

The extension kit that we created for this purpose can more than triple the internal volume of the mobile lab. Comprising a floor extension to create an even surface throughout the mobile laboratory and a huge insulating cover to protect personnel and equipment from external conditions, the extension kit can be transported in bulk inside one of the containers. The result is a rapidly deployed container with a floor space of over 16 m². Now that’s what we call a proper mobile lab.

When the rapid deployment containers were ready for testing, the two individual containers were sent to two separate teams at different locations to do so. Once they had completed their tests, the two containers and the extension kit was sent to another location to test the joined version. Although we haven’t received the official test results yet, initial findings look very promising.

Successful rapid deployment depends heavily on access to a reliable and versatile mobile container that is ready to go at a moment’s notice, without compromising any aspect of your on-site activities.

If you want to learn more about our rapid deployment container and how we could help your on-site missions, contact us directly or read about our other specialised projects.

We keep it specialised
Go back