Creating the Mother of All Unit Load Devices

How a customer’s simple question led to an amazing six-year engineering collaboration, the creation of a giant container, and a new benchmark for the air cargo industry.

‘What’s the absolute biggest Unit Load Device you can build to carry the equivalent weight of three London double-decker buses and still fit in the hold of a B747F?’ That’s what one of our customers asked us back in 2014. We’re still trying to answer the question, although we’re tantalisingly close. This article looks at what prompted the strange question in the first place and how it evolved into a six-year collaborative engineering project that’s finally coming to fruition.

The conundrum of shipping a huge, complex and sensitive machine around the world

For the last few years, one of our customers has been working hard developing a new signature product using the latest technology. It’s smart and it’s unique. But it’s also massive. The prototype machine stands two to three stories high.

And there’s the rub. How do you transport a machine as huge as this to customers on the other side of the world?

So far, the only way has been to break down the machine into many various components so it can be re-assembled at the user’s site. But this raises a number of crucial issues.

To start with, multiple containers and aircraft are required to ship a machine of this size. That’s expensive. To make matters more complicated, the machine and its components are extremely sensitive to shocks and changes in temperature. Lastly, re-assembly at the final destination requires this machine to be recalibrated. If that’s not done correctly, you end up with a poorly performing product and an unhappy customer. It’s a logistical challenge to say the least.

Rising to the engineering challenge of the decade for our customer

When our customer approached us all those years ago in an effort to resolve this conundrum, they thought they were asking a relatively simple, theoretical question: “What’s the biggest container you can possibly build?” Of course, it wasn’t that simple a question. Size wasn’t the only factor to take into account. There was the extreme weight of the biggest components (think four adult bull elephants) and the sensitivity of all the various components.

This logistical challenge was also an engineering challenge of considerable dimensions. However, without knowing the answer, our customer couldn’t determine how big the machine’s ‘building blocks’ would have to be for shipment purposes (as big as possible, please) or how much assembly would be required at the other end of the journey (as little as possible, please).

Never a company to resist a challenge, we spent the next few months conducting an extensive feasibility study. It quickly became clear that what the customer wanted us to do was push the boundaries of what is physically feasible, even for ULD experts like us. We realised that, if we could meet this challenge, we would be setting a new benchmark for the air cargo industry.

After several weeks of research, including several conversations with EASA, we could at least theoretically prove that a giant container carrying an enormous load of technical components could be engineered and fit into the hold of a B747F. And that gave the customer the information it needed to forge ahead with developing its latest creation. 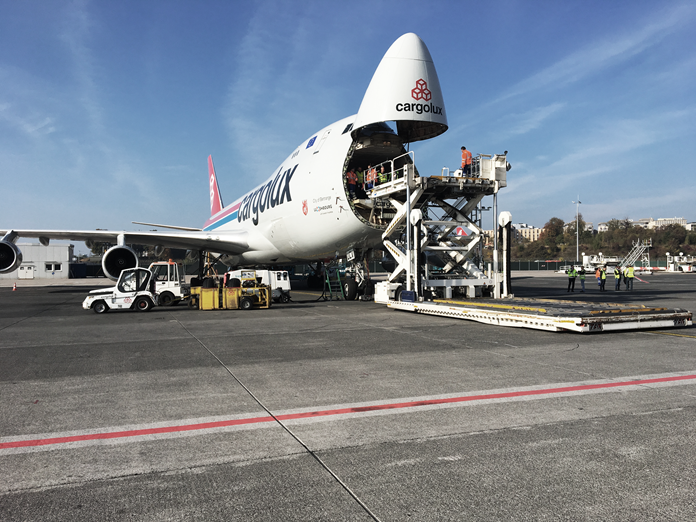 Relying on a fruitful collaboration was never so important

In the months that followed, several engineering firms were put through a rigorous selection procedure to develop and manufacture this giant container. No compromises with the original concept or the logistical supply chain were permitted. In 2017, VRR was eventually selected to develop a series of extraordinary containers: one airco container, one very large container and one giant container.

Perhaps the virtual reality glasses, which placed our customer in a B747F aircraft while standing in an office in Rotterdam helped swing it (it was pretty cool). Ultimately, however, we were able to prove that, if anyone could make this happen, we could.

But even the best technicians, designers and engineers at VRR wouldn’t succeed without help. We knew from the outset that collaboration would be a key element of the entire project. After all, these containers would not be used only in aircraft. There was the whole multi-modal transportation chain to consider. And that existed on paper only.

So, simple questions like, “How do you load a hulking container onto a truck?” and “How do we load and mount the machine into the container and balance the weight?” were discussed at length over many weeks and months. Again, seemingly simple questions that proved hard to answer.

There was no doubt that close collaboration between us and our customer’s multidisciplinary team was crucial to the project’s success. Without their knowledge of the product and the supply chain, we wouldn’t be able to create a high quality, innovative and perfect-fit container. And so, we set to work. It has been the very definition of teamwork.

The long haul of turning theory into practice

A theoretical basis is essential for the development of any product, and that’s where we started. Eventually, however, that theory needs to become a reality. “Will this container really fit in the plane’s hold, and how long will it take to install those 100+ straps?”.

The only way to clear up that and many other doubts was to test the completed concept. Over the past two years, we’ve been creating mock-ups to conduct a series of stringent tests. Once again, close teamwork with our counterparts has been essential. While we’ve been providing the hardware, they’ve been using their extensive network to set up the tests.

After each test, we happily tick another set of boxes and come that much closer a final, validated container concept. 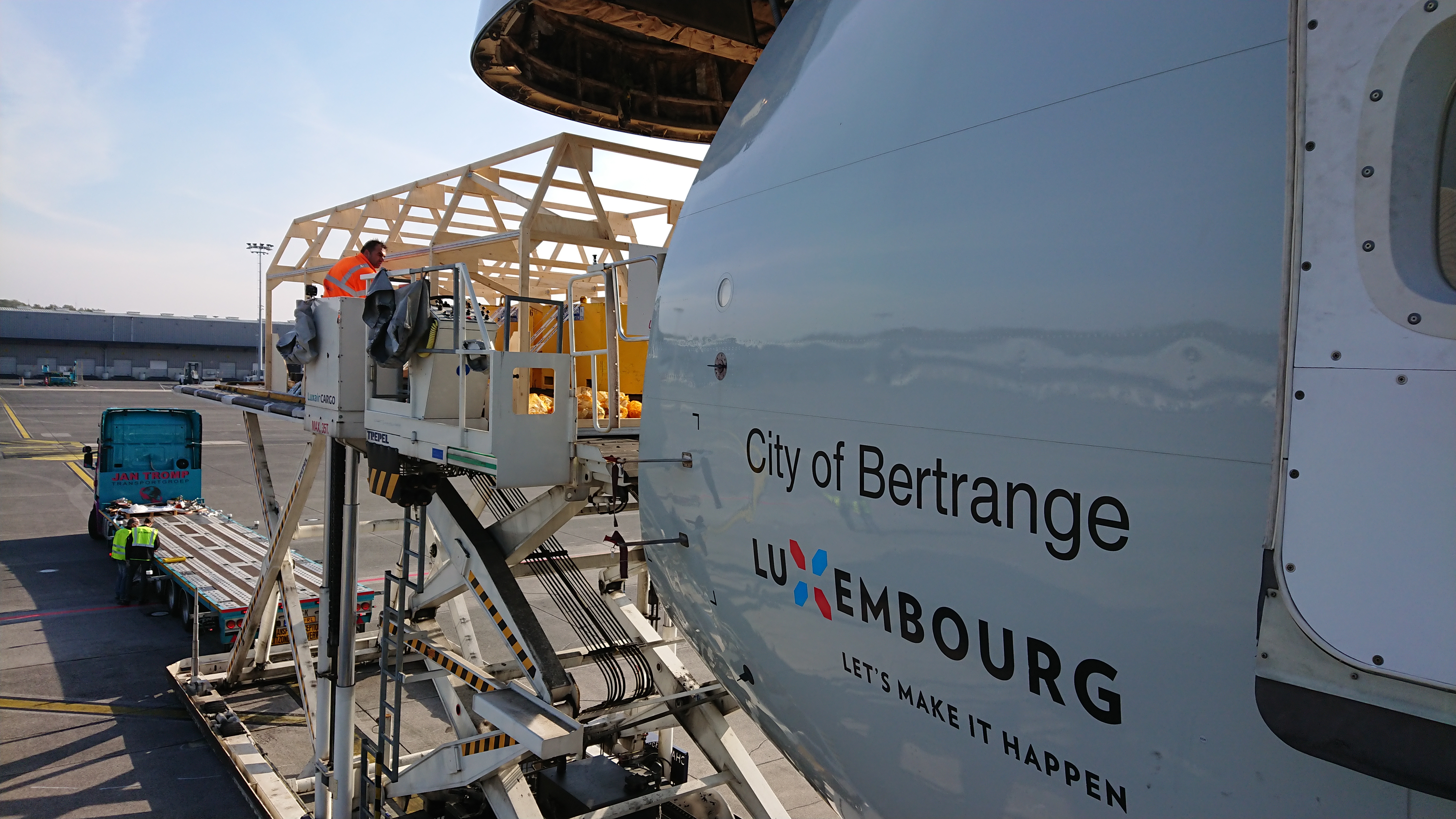 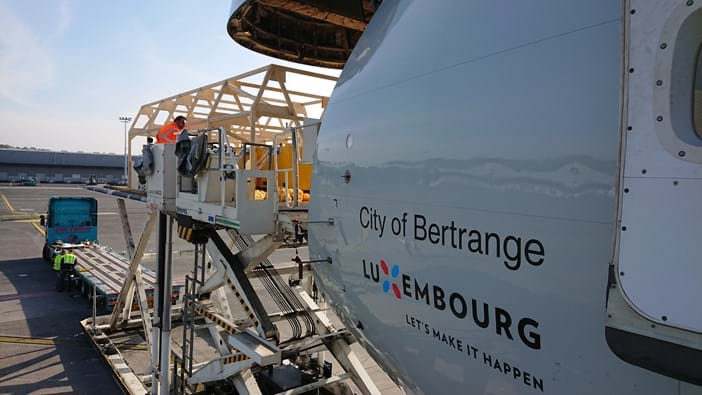 As we’ve progressed with developing the container, there was one aspect of the project that couldn’t be overlooked: certification. Safety is paramount in aviation, so this new container—like any other Unit Load Device—would have to be approved by both EASA and the FAA. At VRR, we’re particularly good at getting ULDs certified due to our expertise in creating customised products. However, even we knew that this wouldn’t be a walk in the park.

To start with, the footprint of our giant container meant we couldn’t apply for standard ETSO certification. What we needed was a Supplement Type Certificate (STC). Proving that the different elements of the container would not compromise flight safety has certainly put us through our paces. We’ve to perform multiple tests and structural FEM analysis to demonstrate that the container would always be safe to transport. That is and hasn’t been easy because the machine is not only heavy but also connected to the container’s base. In other words, the machine itself will be interacting indirectly with the aircraft structure.

Once again, close collaboration was called for. Our customer has had to supply data that could be incorporated into the models. We’ve also need to work closely with EASA and the FAA. Without the guidance of these two major civil aviation authorities, certification won’t be possible. Meeting their many requirements has stretched even our expertise and knowledge to the limits. But we won’t be defeated.

Entering the last stage of this remarkable project

Six years have passed since that first simple question was asked, and our engineering team is still working daily on several aspects of the design. Happily, new milestones are being passed all the time. And each and every time a set of new boxes can be ticked, to continue working towards a final prototype that will allow our customer to safely transport their newest machine by road and air in just massive building blocks. Unthinkable back in 2014.

A tremendous amount of engineering work was required to get us to this stage. It’s been challenging and somewhat adventurous, but, in just a few more months, we’re confident that the giant container will be a reality. Proving that a few ‘simple’ questions and a little natural curiosity can lead to extraordinary things.

We keep it specialised
Go back